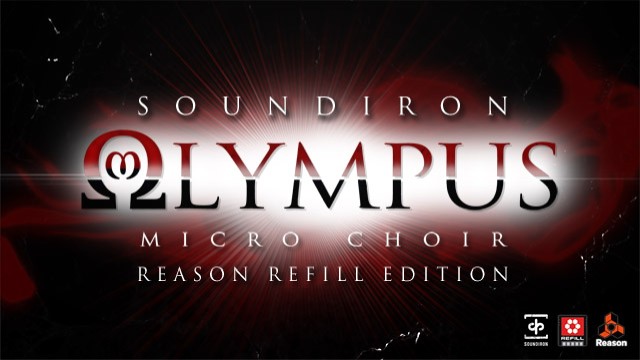 Soundiron is proud to welcome you to Olympus Micro Choir ReFill for Propellerhead Reason 6+. This compact virtual instrument packs a big sound and powerful performance features, while offering just a small taste of the world-class professional choral content and power you can find in the Olympus Symphonic Choral Collection. Olympus Micro ReFill Edition offers a simple, great-sounding, easy-to-use choral pad instrument for Reason, focusing on just the pure basics, with world-class sonic quality.

Owners of this ReFill can also get a discounted crossgrade on the Kontakt version. You can contact Soundiron directly for details.

Number of items in cart: 0